This post was written today by my dear friend Tiffany. She and her husband, Blayne, have adopted five (soon six!) beautiful children through foster care. Today, their oldest is eleven. He’s a gifted artist and a beautiful boy. Tiffany is a plan-making maven but recognizes who is in control. Here’s another post about them from a few years back.

We had a terrific plan. Blayne and I knew that we wanted to start a family right away. At 30, I was the virtually the last of my friends to marry and start a family, and my eggs were not getting any younger. Every time I saw a baby, I could literally hear my biological clock ticking in my head. We were so excited when we discovered that according to the natural family planning calendar, I would be fertile within two weeks of our wedding.

I was so good at making plans and making those plans come to fruition. Step one, make a plan. Step two, work hard and relentlessly to achieve the plan. Step three, enjoy the fruits of your labors. Step four, repeat step one. This had worked fantastically in my professional life and had on average earned me a promotion about every 18 months during my career.

Personally, when I was tired of waiting for my on-and-off boyfriend of 12 years to come to his senses and finally marry me, I also developed a plan.  I even told him that by the end of the following year I would be married – if not to him, then to someone else. The plan worked.  I changed the way I prayed about marriage, and within two months I met Blayne. We started dating five months after meeting, and married eight months after that —  just three days before the year ended.  My plans were coming together exactly as I thought they should.

Of course, then I was not surprised to learn that I had become pregnant exactly when we had planned to. In addition to my careful planning, I had biology in my favor. My parents had tried once to conceive and here I am! My due date was October 12, which would have been our wedding day if we had not decided to move it up  10 months because of September 11th attacks. This was meant to be.

But on a cold, grey winter day at the end of February, my fabulously thought out plan spun out of control and had failed miserably. There was no more baby — only sadness, anger and confusion.

What I could not have known then was that as I lie in bed sobbing and praying, at a hospital just a few miles away, a beautiful baby boy was being born. A baby boy who would four and half years later come into our lives and eventually become our son.  He would be the first child to call me mom. He would be the one who with just four little words – I love you, Mom – could erase the pain of four miscarriages and three failed adoption attempts. 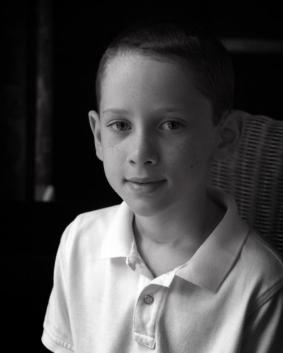 One of the many, many lessons we have learned to live by since that first pregnancy is: “We can make our plans, but the Lord determines our steps.” – Proverbs 16:9.

The pain, the loss, the suffering, the confusion are all worth it. God’s plan was (and is) so much more remarkable and fulfilling than anything I could have prayed or planned for. For even as I was drowning in grief, God was working in mysterious ways. As I was crying 11 yrs ago today, a baby boy cried out for the first time as he took his first breaths and somehow, miraculously, God brought us all together.