Well, more than a month into visiting the Baby Whisperer, and all is moving along just swimmingly.

We’re still all diligently working as a team on this (Montessori school included), and the results are evident. Cliff has improved in both his speech and language skills markedly. I’ve demonstrated that I’m going to do everything in my power to help him speak, and – much to my joy – so has he.

Through the process, I’ve discovered that my little guy is one serious worker. As much as I’m obsessed with practicing words and sticking my fingers in his mouth to help him make certain sounds, he’s proven he’s up for the challenge and is willing to keep trying, trying and trying. I am so proud of him. We’ve already graduated to modeling three word sentences (which is much easier for me than two), and he has fewer moments of complete gibberish. And many, many moments of successful communication.

Today the Baby Whisperer said she’s not concerned that he has an expressive language disorder, because – based on his progress – he does not. I’m not the slightest bit concerned about that either. Every day he tells me something new. And every day I’m quite sure it is the most exciting thing I’ve ever heard. Yesterday, as I was pulling the van into the garage, and he noticed the toddler bed in the rafters and said, “Hey, that’s my bed!” You can be darn sure we got out of the van, and we studied that bed. We discussed every little thing about it. Its color, how it got up there, if he thought it was heavy, and the fact that now he is a big boy – something he proves to me more each day.

Well, I wanted to share the good news. Thanks to all the folks who’ve asked about the progress. We still have a ways to go, but we’re off to a flying start. Speaking of which, I have to fly so Cliff’s and I can brush his teeth while we sing the theme song to Spider man with new and improved lyrics … we sing “ka, ka, ka – ka, ka, ka.” Beautiful music to a this mama’s ears for sure. 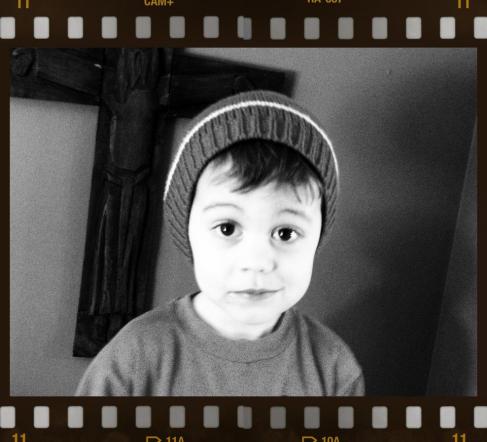 One thought on “Speak up(date)!”